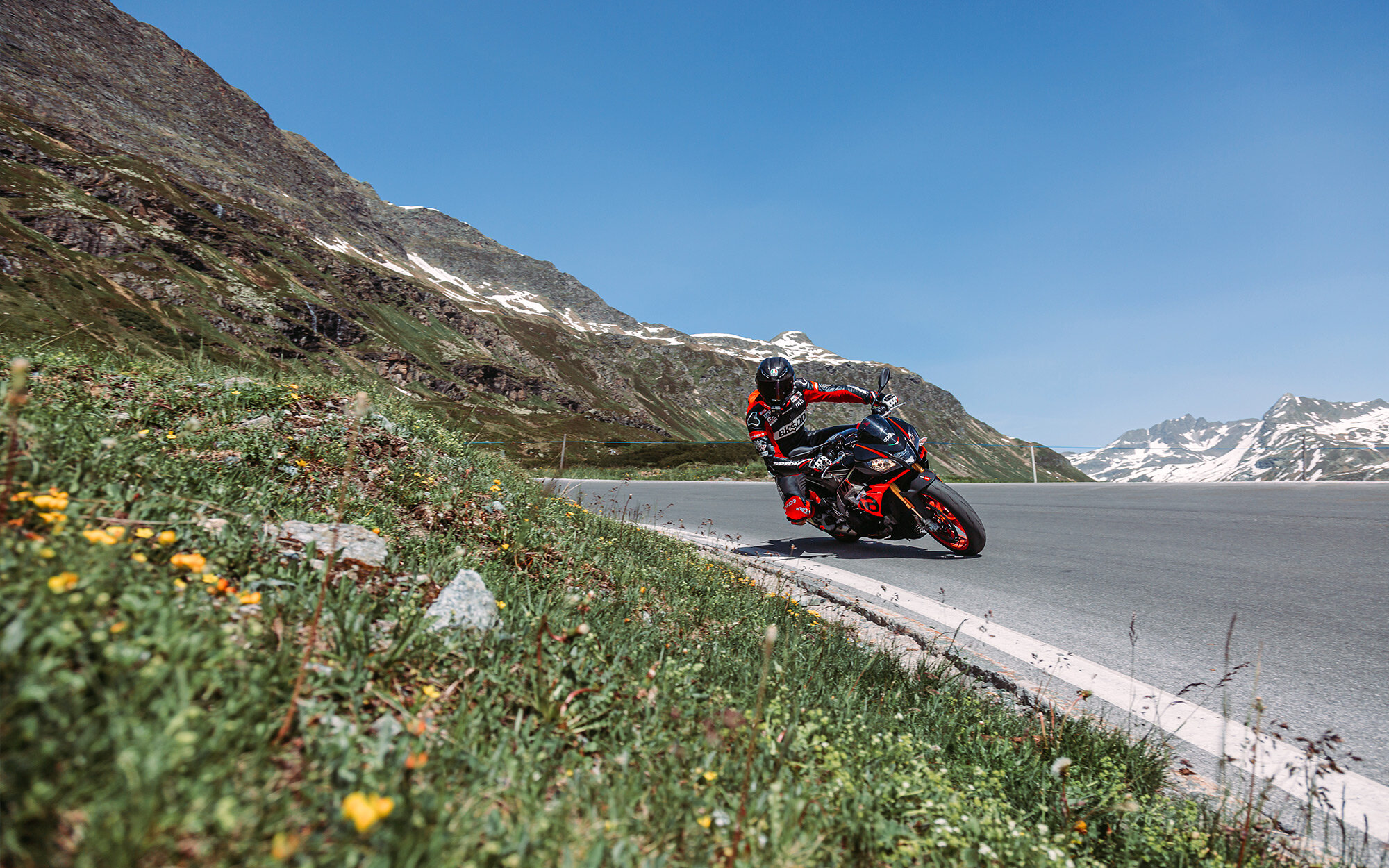 Motorcyclists will experience the feeling of freedom more intensively than anywhere else, surrounded by mighty three-thousand-metre peaks, dreamlike Alpine passes and an impressive natural landscape. You can expect a top-class biker's paradise in the border triangle of Austria, Switzerland and Italy from May until well into October: more than 60 passes within a radius of 300 kilometres, short stages and spectacular day tours, diverse panoramic routes as well as the unique view around every bend will make every biker's heart beat faster.
The Silvretta High Alpine Road is an absolute highlight for all bike fans. The queen of Tyrolean motorbike tours takes you on a route of just under 23 kilometres from Partenen to the neighbouring locality of Galtür and promises horsepower enthusiasts a tour that will never be forgotten. Yet the Arlberg Pass, the Timmelsjoch/Passo del Rombo, the Kaunertal Glacier, the Furka Pass and the Säntis Round also count among the most spectacular excursion destinations on two wheels.

Enjoy the central location of our hotel while on your motorbike holiday in Ischgl and experience a marvellous motorbike tour through the impressive Alpine landscape alone, together with friends or on a guided tour with Roland Salner, the head of the hotel.

Everything for your motorbike holiday in Tyrol.

If you are an enthusiastic motorcyclist, then you will know exactly what is important for a perfect motorbike holiday